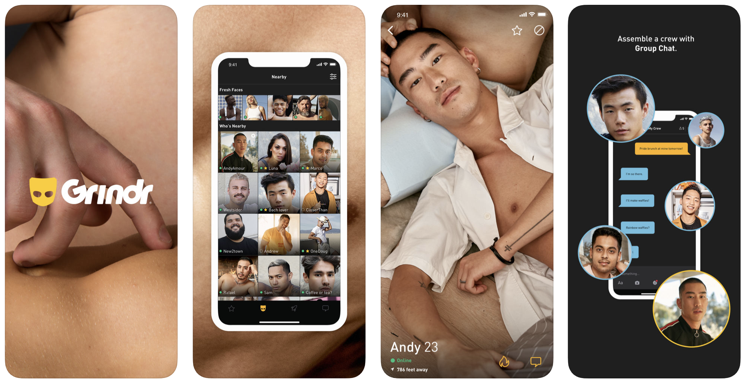 In the world of gay social networking, there has been a remarkable success due to the development of vast online platforms for their dating. Regardless of the fact that there is criticism from the homophobic community, the gay platforms have given them a reason to smile and the power to move on with social interactions amongst themselves. If you could interview some of them, they will tell you that the era of using social media platforms like Facebook to send private messages to guys they are not sure whether they are fellow gay is over. Nonetheless, among many App platforms, we shall look into Grindr dating app and see why you like a guy you need it.

The app is geosocial networking and an online dating app mainly for gay but also bi, trans, and queer people can use it. The app is classified under social. It was launched in 2009 by a company- Nearby Buddy Finder. Since then, the app has gained millions of users reaching 192 countries. As of 2018, the app had reached 196 countries with 3.6 million daily active users though it is based in the U.S. The app has received multiple awards in the past not limited to 2011 IDate awards as the best dating app, 2012 TechCrunch's winner among others. The app was also the first geosocial app to launch on Itunes and since then became the world most popular app in gay dating. In the company's remarkable health tech support, Grindr decided to create a new software announcing good progress in 2018. The software entailed a way to control HIV infection by sending a reminder to users in an interval of every 3-6 months about HIV and the importance of going for a test alongside advising on nearest Test venue.

The app is meant for the people who meet the following requirements:

The app has a responsive 24/7 customer support that handles complaints on review at download site or private inquiries and complaints. Users are normally advised to send an email to [email protected], [email protected] They also available on social media platforms as follows; Facebook, Twitter, Instagram: @grindr, Snapchat: Zerofeetaway. You can also find more information at their website:www.griindr.com.

The app is also updated regularly with the last update done May 3, 2019, which has fixed lots of complaints and bugs.

The app has both free and premium plans. To unlock all features and disable adverts, you need to upgrade to premium monthly for $24 per.

The app has great features as we have surveyed and discussed above. Therefore, it is wise to download and test its performance and interfaces in your device. If things look good for you, go ahead and upgrade to one month plan which is quite flexible that you can cancel thereafter in case you are not impressed. In my opinion, after evaluating Pros and Cons, I will choose to download the app since there are lots of great features compared to a few drawbacks that can be well addressed.

In reference to this discussion, you as a gay you don't need to look for fun elsewhere while the best is in this app since here, you are getting members of the same community who will always encourage and motivate you despite any criticism. Also, note to always verify users to avoid being tracked and pinpointed at your location. Avoid users with no profile images who mostly are scammers and stalkers. For best device experience, always remember to optimize your RAM and remove unwanted apps to improve on speed since this app is relatively heavy.